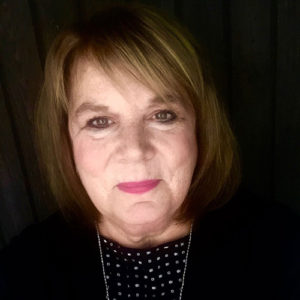 She worked as an itinerant teacher of the visually impaired in the greater Pittsburgh area for 17 years prior to becoming a research assistant in the Vision Studies program at the University of Pittsburgh. While at Pitt, she completed studies in orientation and mobility and received a master’s degree in medically fragile/high-risk infants.

Her doctoral studies were also completed at Pitt; her dissertation, Validation of an Interview Instrument to Identify Behaviors Characteristic of Cortical Visual Impairment in Infants, revealed that caregivers of infants can reliably report regarding the presence or absence of the characteristics of CVI.

Dr. Roman Lantzy is the director of the Pediatric VIEW Program at The Children’s Home & Lemieux Family Center and a former project leader of the CVI Project at The American Printing House for the Blind in Louisville, KY. She has lectured extensively regarding the CVI materials she has developed. These materials include: The CVI Range, an assessment of functional vision, and The CVI Resolution Chart & CVI/O&M Resolution Chart, used to plot and monitor progress. She is the author of Cortical Visual Impairment: An Approach to Assessment and Intervention and Cortical Visual Impairment: Advanced Principles.

“The knowledge we gained from the initial evaluation was invaluable and has guided us through navigating vision services and educational services…my son now has fantastic vision!"